01 Nov 1+3=0: What This Equation Has To Do With Securing Your Talent Pipeline

Posted at 15:48h in Elevate Talent by Jacqueline Frost

1+3=0: What This Equation Has To Do With Securing Your Talent Pipeline 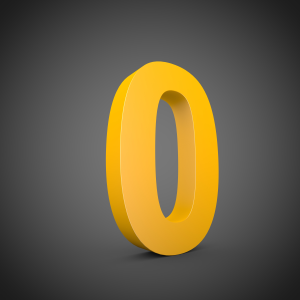 Forecasts show that it could take between 30 and 90 years before there is any hope of gender parity in leadership positions.

It’s also well documented that there are many business advantages to be gained from employing a diverse workforce (sexual orientation, ethnicity, age, disabilities, cognitive diversity, and so on).

Elevate Talent focuses on redressing the gender imbalance in leadership roles. Fifty per cent of the UK population is female, yet the vast majority of board memberships, executive committee positions and executive roles are still held by white men.

What’s in a name?

LinkedIn recently shared the staggering fact that there are more chief executive officers (CEO) with the first name “Peter” than there are female CEOs.

Men are 40% more likely to be promoted into management roles than women. Companies have invested huge sums of money into diversity initiatives that tend to focus heavily on unconscious bias in order to redress this issue.

However, there is a far bigger challenge here than just unconscious bias (which is very difficult to resolve); there are not enough women in the talent pipeline.

Research by the Harvard Business Review showed that if there is only one woman in a candidate pool, there is statistically no chance that she will be hired (their study was based on 598 finalists for university teaching positions).

We know that in a recruitment pool of four people where there is one woman and three men, the woman should have a 25% chance of being hired.

How do we make sure we have 50% female representation at a senior level so that women are hired proportionately?

The answer is to have more women progressing through the talent pipeline. We need to take the spotlight off unconscious bias (unsupported judgements in favour of, or against, one thing, usually without awareness) and focus on the talent pipeline. This ensures we have more talented women ready to step into leadership roles.

Through our work at Elevate Talent, we can see that to increase the female talent in the pipeline, we have to raise awareness of what senior leadership roles might entail.

There are misconceptions that being promoted to this level would lead to an even busier workload. When an opportunity arises for a woman that we’re coaching, it’s quite common for her to tell us that she might not put herself forward because she feels she is already working at capacity.

The interesting thing is that it’s the middle management position that, in many cases, is the hardest level because you have a manager and you have to manage your team, and do a lot of the work. When you reach senior management, you have more downward management.

I explain to them that when I reached a senior position in banking, I was less busy because I could delegate. I had far more autonomy to organise my own day. The focus was no longer on my timekeeping and what I was working on; I felt empowered to do things my way and what mattered was the results. My experience supports these women to see that promotion does not have to lead to more work.

It’s clear that the gender imbalance is not only about unconscious bias – it’s about the number of women in the talent pipeline and their misconceptions around what senior roles entail.

How do we stop repeating this pattern?

Volvo, the large multinational trucking company, has set a target to have a minimum of 35% female talent in their whole pipeline, in general and leadership positions, across the organisation. Each organisation needs to understand its own recruitment pool and start to diversify there.

Efforts to create gender parity will work best when we raise awareness of the differences between senior and middle management (which in turn increases the desire in women to apply for these positions). For more women to be awarded these top-level positions, we need more women to be ready and willing to apply..

Are you a woman who shies away from senior management positions because you already feel stretched to your limit? Do you have a story or potential solution to share around redressing gender disparity? Pop a comment in the box below or send us an email.