Posted at 10:24h in Elevate Talent by Jacqueline Frost

4 Ways To Create A Sponsorship Programme That Gets Results 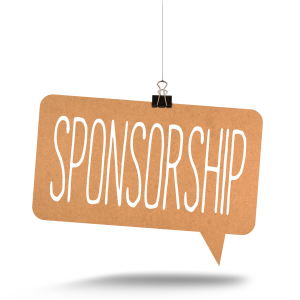 If you knew that the majority of women in your organisation were missing out on critical support that would help them advance their career and boost your bottom line, would you agree that it’d be worth taking action to remedy it?

At Elevate Talent, we know that many companies have invested time and effort into internal sponsorship programmes to create the right sponsor-sponsee partnership, yet equally many tell us that coordinating these programmes involves a lot of work and due to a lack of resources, they often don’t last.

In one of our recent webinar surveys, we discovered that 60 percent of our delegates had the support of a mentor, and fewer than 20 per cent had a sponsor.

In this blog, we’re going to explore the challenges that need to be addressed to increase the number of women benefiting from sponsorship, which in turn will help fill your female talent pipeline and boost your bottom line (see this blog for additional business benefits).

4 reasons why being a sponsor can be unfulfilling

When we spoke to sponsors, we found four main reasons why they were sometimes dissatisfied by the partnership:

As discussed in our earlier blog How A Sponsor Can Help You Take Your Career Further, there are three main reasons why a sponsee doesn’t always benefit from, or feel fulfilled by, the relationship with their sponsor. First of all, they feel awkward sharing with somebody who doesn’t understand them; second, they feel like they’re a stalker because their sponsor frequently wants to rearrange meetings; and, third, they feel uninspired by their sponsor.

When research shows us that a sponsor-sponsee relationship is unfulfilling for both parties, it’s hardly surprising that women in the workplace continue to face challenges in terms of career progression. They are missing out on a powerful ally and a critical driver to success. 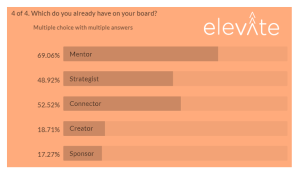 Our survey also shows that while many women have created their own personal board of directors (explored in depth in this blog), the role of sponsor is least likely to be filled (perhaps due to all the reasons we’ve listed above!).

While many organisations offer small internal sponsorship opportunities, for many women the support is often both too little and too late.

It’s time to establish a clear structure and system that supports sponsors and sponsees to work well together and create a springboard to success.

There are four main ways to create and support an effective sponsorship programme:

Each programme should deliver training so that the sponsor and the sponsee fully understand and commit to their role.

Sponsors and sponsees should be asked during their appraisal who they are sponsoring or being sponsored by, and how effectively their partnership is working.

New employees should be sponsored as soon as possible, and employees with three or more years of service should be encouraged to become a sponsor.

Recognise that if a relationship is not working out, it is the responsibility of the existing sponsor to help find a more suitable replacement.

A sponsor is key to supporting women to progress their careers, and to creating a consistent female talent pipeline so that your business can grow and evolve.