14 Mar Could This Be The Real Reason Women Are Promoted Less Often?

Posted at 09:00h in Elevate Talent by Jacqueline Frost

Could This Be The Real Reason Women Are Promoted Less Often? 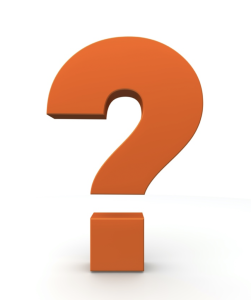 Would you put yourself forward for promotion even if you didn’t know how to do the job?

If a male colleague with less experience and competency was given the role, would you be shocked, or have you seen that happen before?

I recently chatted with a former coaching client who has risen to vice president in a prestigious oil company. A male colleague asked her if she found the transition to the role intimidating. She replied that it wasn’t, because she “already knew how to do the job.”

It sparked a lively discussion between us. Do women doubt their capability (more on imposter syndrome later) and hold themselves back until they ‘feel ready?’ Or do men put themselves forward for promotion because they underestimate their shortcomings, and sell themselves better?

From our experience, male extroverts tend to be promoted more than introverted men or women. By the end of this blog you’ll understand some of the reasons why, and hopefully begin to formulate your own opinions.

Look at it this way, if a woman doesn’t apply for a more senior role then an employer is more likely to think she is not ready and will not promote her, but if a man throws his hat in the ring (even if he has doubts), he has a chance of being given the job because he applies, and presents himself as confident which favourably influences his employer’s perception.

The dictionary defines imposter syndrome as “anxiety or self-doubt that results from persistently undervaluing one’s competence and active role in achieving success, while falsely attributing one’s accomplishments to luck or other external forces.” When it was first discussed (in the 1970s),  it was a phenomenon considered unique to women.

Women, potentially familiar with the term “imposter syndrome” will likely debate their competency and hold themselves back, while men who experience moments of self-doubt tend to avoid the official label, see it as something they can easily overcome, and because of this put themselves forward for the role (at times to the detriment of the organisation).

What you need to know

There is a theory, The Peter Principle, that states that people tend to be promoted to a role based on their competency in previous roles. However, they are likely to rise to a level at which they are no longer competent because their skill set does not lend itself well to the new role.

What if The Peter Principle is not only about gender? What if it’s also about personality types? Are extroverts statistically more likely to be promoted than introverts? If that is the case, is the world set up to support a culture dominated by male extroverts?

In many cases, opportunities seem to be given out based on how well you sell yourself as opposed to your competency in the role. Now, there is nothing wrong with being good at selling yourself, in fact Elevate Talent encourages letting others know the value you bring to your team and organisation (see this blog for ideas on how to get noticed.) However, it shouldn’t be the main reason for hiring someone.

Diversity and inclusion is a human issue; it’s not a simple battle of the sexes. We are keen to uncover the truth about what happens when it comes to promotion so that we can help create strong, profitable organisations where all team members thrive in a role best suited to them.

At Elevate Talent, we are passionate about creating environments where all talent can rise. Everybody thrives when they are in a role that they love. There is no ‘wrong person for the job’, although there is occasionally, ‘the wrong job for that individual.”

If some women are slow to be promoted, and some men are promoted too early, what can you do to rebalance the situation?

You can invest more time in you: exploring your talents, your skillset, your capability and competency, and be strategic about your career path (see this blog). This will help you to build the awareness, confidence and knowledge you need, which, in turn, encourages you to take advantage of the opportunities. And, remember, that just like many of your male extrovert counterparts who jump in and raise their hand, you can also learn on the job!

If you’d like support to overcome your self doubt and create a career path you love, get in touch. And, come and share your thoughts and experience around promotion on LinkedIn and Twitter. It’s a fascinating conversation that will help you change your perception and potentially fast track a promotion!

More on the Peter Principle