Posted at 18:44h in Elevate Talent by Jacqueline Frost 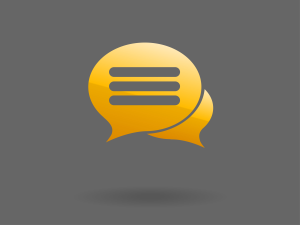 Language evolves, but there is no universal agreement on exactly what’s appropriate in the workplace; what offends one person might be completely acceptable to another.

At Elevate Talent we’re passionate about supporting women in that mid-level position to create impact, take more control of their career and reach their full potential, and one thing that can really help or hinder that progression is how we build relationships.

I was in an all-female meeting recently and one of the women said “good morning guys”. Two of us responded without a second thought, but the third (younger generation) female said she did not consider the term to be genderless: in other words, for her, it specifically referred to a man.

This difference in perception will be happening in workplaces all over the world every single day, but since there is no universal agreement on what’s acceptable and what is offensive, what’s gender specific and what’s not, how do we create a more inclusive and empowering environment? How do we know if we are building or damaging relationships?

The “good morning guys” conversation showed me that there are four main issues that business leaders might like to consider to help create a culture of inclusivity:

We could all start noticing the responses and reactions to the words that we are using. Are they well received or could they be causing offence? Is there a difference in communicating to someone of the same generation; is that message received differently by someone much younger or older? If so, what changes do we need to consider?

Where does this analysis start? Where does it stop? Who decides?  Ultimately, a great place to start is to be mindful of who is around us.

Whose responsibility is it to create change? Is it an individual’s responsibility to go and educate themselves, or should we simply choose not to be offended? By accepting personal responsibility and being mindful of the situation, we can notice when things that might not seem like a big deal to us could offend someone else.

Secondly, let’s look at the intention behind the words. In the example of “good morning guys” there was no intention other than to say good morning to everyone on the video call; but if that caused one person to feel uncomfortable in our meeting, does that mean it’s time to reconsider how that phrase might be impacting on our work relationship?

The word “guy” comes originally from Guy Fawkes who tried to blow up the Houses of Parliament in 1605. He was burned at the stake for treason, but the woman who called us guys was not calling us men or terrorists. In my view, in the last 20 years, it’s become a genderless term. I attended an all-girls’ school and we frequently referred to each other as guys. I’ll refer to my daughter and her female friends as guys; it is no issue to them, but that’s not to say that it isn’t for other people.

You might be amazed at the origin of some of the words and phrases that you are using. For example, did you know that “rule of thumb” derives from an English law which allowed a man to beat his wife with a stick, as long as the stick was no thicker than his thumb? Every time we hear someone use that phrase, should we now say that’s offensive, or do we accept that it has now evolved to mean “as a general rule”, and that there was no intention to offend?

If we notice that someone is offended by what we say, we can clarify that that was not our intention, apologise where necessary and make a mental note for the future, so that we can continue to build good relationships.

There are, of course, certain words and phrases that the majority of people will find unacceptable in the workplace. They’re on the “no” list,  and if we are aware of using these words or someone else using them, then it’s time to consider providing that feedback.

There are also words and phrases that might be in the grey area for us but cross the line for others. Take the phrase “control freak” as an example. Business owners are often referred to as control freaks, but at a conference I was at recently some people were offended by the term and viewed it in its original meaning as people who don’t conform (rebels).

Some people will, of course, fight to use the phrase and think others shouldn’t be so sensitive, but then if we already know that it triggers someone (and that’s not our intention), why use it at all? I’m not personally offended, but I can see why others might be. Once we are aware that a line has been crossed we can make a different choice. We might need to receive or give that feedback to make a positive change to the workplace culture. We can begin to open up the conversation.

From a management perspective, we can all benefit by being curious, asking questions and finding out why what we say might offend; and once we’re informed we can then make a decision as to whether we need to adapt.

If we look at language from a neuro-linguistic programming (NLP) perspective, then the person who can adapt the most has the best potential to influence any system (Law of Requisite Variety). As individuals, we should learn to accept and take on board that there are certain circumstances and words to be mindful of, to reconsider, change, or clarify what they mean to the audience we’re addressing. A word or phrase might mean one thing to us but something entirely different to someone else.

We each view the world through our own lens and by bearing these four principles in mind we can create a more empowering workplace. By choosing to be mindful, weighing up the spirit in which something was intended, assessing what’s a grey area and what crosses the line and feeding that back, we can help to make a difference.

Do you have any examples of certain, everyday words that can be offensive? If so, we’d love to hear from you. Leave a comment in the box below.

Email us at [email protected] if you’d like to develop your female talent and support your workforce to thrive.