Posted at 15:05h in Elevate Talent by Jacqueline Frost 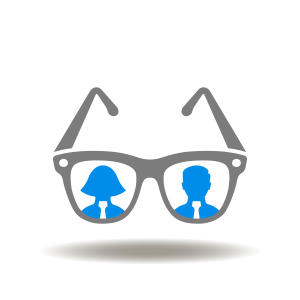 There’s a widespread awareness of gender bias in the workplace but what I’ve noticed is that even though it’s often more prevalent in our day-to-day life, it frequently goes unchecked.

If we allow it to continue it’s likely to negatively impact on the number of women entering the workforce and achieving their full career potential.

If a female grows up believing that she is inferior to her male counterparts, how will she ever find the confidence to go for promotion? If a boy grows up believing that his perceived superiority is factually correct, where is the will to change it? The reality is that this is not a gender issue, it’s a human issue, and one that we each have the responsibility and power to address.

The good news is that we have the power to challenge the assumptions that are made, and to recognise (and remedy) where we might also slip into bias, so that our children and our grandchildren won’t have to endure the same discrimination as us.

In this blog we’re going to explore five everyday examples of gender bias (male and female), and three actions that you can take to help create a better future for all.

-1- Call the mum. When an issue at school arose a teacher chose to call a pupil’s mother rather than listen to the child who repeatedly asked her to call her father instead. On the face of it, there was an assumption that whatever the mother was doing could be interrupted, but the father’s role was deemed more important. The mother was a High Court Judge.

-2- Women are bad at maths. When my daughter was in primary school her teacher said: “Please please do not share with your daughter how bad you are at maths or tell her that you don’t like it.” I was baffled. I loved maths and, at that time, I was working in investment banking. One of my favourite ways to decompress is to do a maths puzzle! Her teacher was female, but she still assumed that if my daughter lacked confidence in her maths, that was because her mother was poor at the subject!

-3- Childcare costs are a woman’s problem. Some of the gender bias is trickier to spot. For example, now that the cost of living is rising the news coverage has featured parents who are juggling jobs in a bid to make ends meet. The bias? The vast majority of the parents that have been interviewed are female. Men have children too. This is a parenting and an economic issue, not a female issue.

-4- Men hold wealth and privilege. When my husband and I were flying with British Airways, a member of staff approached my husband to ask if he was a Gold card holder and if so he could fastrack the queue. My full first name was on the Gold card. I was the member, but even after passing it to the check-in desk it was still handed directly back to my husband.

-5- Exclude the dad. As we know, gender bias works both ways. We know that dads play an important role and many are pushing for greater inclusion because they feel sidelined (especially if separated from the mother of their child). They are often left off the school list for newsletters or parents evenings, and typically the logins and calendar updates are sent to the mother. We must be able to come up with better solutions than this?

We each encounter so many of these insidious situations on a daily basis, and most of them are not even in the work environment!

It’s time to go back to the drawing board

Although these gender bias situations happened outside of work, they may well end up having an impact on how we operate in the workplace. Research has shown that most people leave their jobs because they don’t have a good relationship with their boss or colleagues, or due to a lack of opportunities for growth. But is the data a good reflection of what’s true for both men and women? Do we look closely enough at the problems women face and what to do about them? Do we take the time to explore what works well and supports women in the workplace? We are compounding earlier mistakes instead of gathering accurate data so that we know exactly what we’re addressing.

At Elevate Talent we can respond quickly to the needs of our members because all our programmes are based on recent accurate data.

Now is the time to stop perpetuating the myth that women have children while men have careers. When you see overt racial discrimination you’ll most likely cringe and hopefully speak up, but if you feel discriminated against because of your gender it’s just as important to make your voice heard loud and clear.

-1- Recognise that you are not alone in these experiences but if you say nothing the problem perpetuates.

-3- Politely point out the bias – whether it is happening to you or someone else – and why it’s important that it doesn’t continue.

Now that your mind is set to pay attention to gender bias you’ll most likely notice it more and more. I’d love to hear your examples of the gender barriers and bias faced by men and women, and what solutions you think would work.

Message Elevate Talent, or hop onto Twitter and share your views with us. We’re committed to supporting women in mid-level executive positions to push through the barriers to promotion that they face; when we address the issues faced further up the line we can put out the fires as well as fight the fire.