Posted at 08:07h in Elevate Talent by Jacqueline Frost 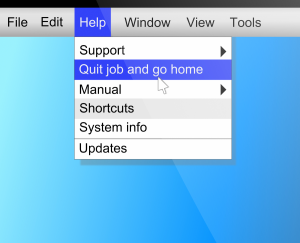 Nowadays, it is well known that a company’s most important asset is its people. That means that, as business leaders, our top priority should be making sure we keep as many exceptional people as possible within our organisations.

And yet, in the ten years I have been coaching, I have seen countless women, all of whom were talented, hungry and extremely valuable, leaving high-ranking positions simply because of what they have experienced at work.

This blog will share three stories from three very different clients who left their companies for the same three reasons I have seen occur time and time again.

Each story will shed some awareness on what is potentially driving talented women away and what we can do to ensure it doesn’t keep happening.

In my experience, most women aren’t fully honest about why they leave their companies. So, even with the exit interview process, companies still may not fully understand the real, underlying reason as to why they left.

A lot of research has been done on why women leave their jobs, and yes, childcare and managing the work-life balance is definitely one of the reasons.

However, through working with women for the last ten years, I have heard an awful lot of stories that shed a light on the other significant reasons why women leave.

Let me tell you about Client A.

For the narrative purposes of this blog, we will call her Susan.

Susan is super smart, I mean PhD-level smart. When I met her, she held a very high-level position for a large global organisation and was awesome at her job and leading her team.

One day, Susan was approached by a client to come up with a proposal for an issue they had at the time. After Susan had done all the work, she and her team realised (with about 40 hours to go) that a few mistakes were made in the research.

Knowing their deadline was fast approaching and wanting to be transparent with the client, Susan emailed them saying:

“I’m terribly sorry, we’ve realised there was an error and we want to give you the best proposal possible. Is there any chance we can get some extra time?”

She cc’d her boss into the email and hit send, and was shocked by her boss’s feedback.

Her boss immediately wrote back, saying:

“You see, this is the problem you have: you lack confidence.”

During the following coaching session, I discussed with Susan that she needed more specific feedback from her boss. What was giving him the impression that she lacked confidence?

She decided to ask him, and this was his reply:

“You started that email off with the client saying you are really sorry; that just shows you lack confidence. By apologising, you show that you actually don’t think that you know enough about what you’re doing.”

The danger of misguided perceptions

Now, I can assure you this woman does not lack confidence. In fact, you could argue that Susan handled that client incredibly well, as she went on to win the proposal. However, her boss had a totally different perception of what confidence was and this feedback ate away at her.

And it happened time and time again until she’d had enough.

This story is a great example of how a company can lose a senior woman in a senior role, all because of a perception that she lacked confidence.

The thing is, Susan didn’t lack confidence, and most working women don’t either. Let me share how I know this.

At the start of the Elevate programme, we ask women to fill in a survey about how confident they felt, and the results spoke loud and clear. The response from over 3000 women from dozens of companies across the globe and discovered they don’t believe they lack confidence at all!

People show confidence in many different ways. It’s not always loud, brash, “I’m the greatest” like Muhammad Ali before a fight! That is just a personality trait.

Susan’s approach actually worked very well, but it wasn’t understood by the one influential person who kept chipping away at her until she left.

Quite often, that’s all it takes – one person’s misguided behaviour.

Let me tell you another story from one of my clients, Client B.

We will call client B Risha for this blog.

Risha and the broken trust

Risha is awesome. Her work was stellar, and she was very highly regarded and well-liked by everybody in her team.

In almost every way, she was knocking it out of the park.

So it made sense when her boss told her that she was his successor. The boss had a great promotion coming up, and Risha was in the running to take his old job.

So for eight months, she worked hard with him to prepare for when he left.

She was never told that there would be anyone in the running to succeed him.

Then, with only two months to go, suddenly someone else came out of the woodwork and was lined up for succession, and they went on to get the job!

The big problem here wasn’t that someone else got the job, it was the lack of transparency from her boss on the role. These things are never a shoo-in, but her expectations had been badly mismanaged. From that day on, the trust between Risha and her boss was broken.

Fortunately, Risha went on to get an even bigger promotion and was delighted…until she found out who would be her new boss in that role.

“I can’t trust him any more”, she told me one day.

And so she resigned.

I have a whole list of stories like Risha’s and Susan’s. They highlight how one person’s behaviour can start a snowball effect, which eventually can lead to some of your best people leaving.

Sometimes it’s a misguided perception of confidence, other times a lack of transparency; and, as we are about to find out in our third story, it’s not always from the boss.

Olga and the disruptive colleague

We shall call her Olga.

Olga left her very senior-level role due to a series of microaggressions from one of her colleagues.

They would always call her out in meetings, picking up on every little error without paying much attention to anyone else. This behaviour was left unchecked and just chipped away at Olga until she decided to go.

In the ten years I have been coaching, these three stories sum up the most common reasons why talented women leave their jobs.

And it all points towards the negative behaviour of just one individual.

Most men and women in the workplace aren’t like this. It’s the minority who are potentially costing your organisation some of your best people.

However, a lot of the time, the people driving them away don’t even know they are doing it!

So, I don’t want to play the blame-game. Instead, I want to look at a few ways we can all do more to ensure these behaviours are identified and addressed.

Choose to challenge – working together to bring awareness

The theme for International Women’s Day this year was “Choose to Challenge”.

This means we need to start calling out any misguided behaviour when we see it. This isn’t gender-focused, it’s just about challenging any form of bias or microaggression or inappropriate behaviour, even if it is subtle.

And we can do this in two ways.

The first is to empower women to speak up and defend themselves. A good general rule is to take the three-strikes approach whenever you experience this kind of negative behaviour from another person.

If it happens three times, you need to hold the person to account for it and say “no”, because once a person does it three times, it has become a habit.

The second way is to call the behaviour out, even if it’s not directed at you. When you do this, make it about their behaviour, not about the person who is experiencing it.

If you can’t challenge the behaviour straight away, make sure you do it ASAP so that the person is aware of how they acted.

The thing is, sometimes a person has no idea when they are behaving like this! However, if that person is made to stop and think, they will start to work things out for themselves, which is far better than the “hang him at dawn” approach.

It just takes a little awareness and a little collaboration.

Ultimately, we can all learn from each other. We need a wider range of personalities, creativity, and thinking because it’s all got its place in business. That’s why we need diversity and that’s why we need to be inclusive in our approach, because everybody brings something to the table.

If we all step forward at the right moments with our strengths, and lead when it’s our moment to lead, then we have a brilliantly balanced work environment where opportunities are leveraged and challenges are overcome.

Do Susan, Risha or Olgas stories resonate with you? If so, please do share your stories with us by emailing us in the details below.

For more information on how to build a strong pipeline of leadership ready female talent, please get in touch by emailing us at [email protected].

Alternatively, for the latest updates on Elevate Talent and the work we are doing, please follow us on LinkedIn and Twitter.