Posted at 09:42h in Elevate Talent by Jacqueline Frost

The Powerful And Positive Impact Of Saying No To People 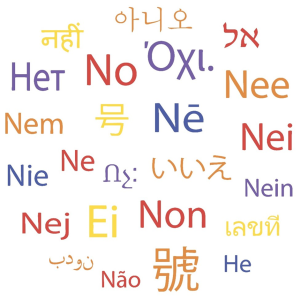 In one of our webinars, we asked this same question to over 1,200 women in over 50 countries and found out that only 2% of women thought they were brilliant at it!

This means that one in four women thought they were terrible at saying no.

But the crazy thing is, at the end of the webinar, we asked these women how many of them value the importance of saying no.

The results came in at a staggering 98%. So, 98% of women either agreed or strongly agreed that saying no is incredibly important.

Why don’t more women feel comfortable saying no? And why is this so important to overcome?

This blog will explain exactly why saying no is probably one of the most underutilised tools in our toolkit and give you some top tips on how you can start to get more comfortable saying no!

The consequences of saying yes when we mean no

One of the problems that occurs by saying yes when we really want to say no is inner conflict. By saying yes, we are aware we are giving something of ourselves away, and for us, we are doing someone a favour.

Yet for some reason, we just expect the other person to know we wanted to say no. We think they can read our minds and understand the value and appreciate the favour we are doing for them.

The bottom line is that they don’t know it’s a big deal at all. Most of the time it’s not their fault. They just aren’t aware of what’s going on inside us, so they get into the habit of passing on jobs to us, thinking that we haven’t got other priorities.

Not only is this draining for us, but by saying yes to everyone else’s work, we aren’t getting any closer to our own goals!

So what stops women from saying no?

Most of the time it’s due to how other people might perceive us if we say no. We don’t want to disappoint or look like a negative person in front of our boss, colleagues or friends, so instead, we just take it all on.

However, the majority of the time, these worries and concerns aren’t actually there. We tend to give others too much credit for what they remember about us, what we do, and what we don’t do.

For the most part, people aren’t thinking about you at all! When they come to you asking for help, they are coming with a problem. It’s nothing personal. It’s not like they don’t care about your urgencies, they just don’t know what your urgencies are.

You haven’t told them anything, so how are they going to know?

If you are somebody who says yes to them, they will come back with more and more because they think it’s no problem for you.

The thing is, not only is this act of saying yes all the time hurting your productivity, you aren’t doing the other person any good in the long run either. They haven’t learnt to manage their own time better, and by constantly being their rescue service, you’re not giving them the chance to learn to manage their time better.

So, how can we go about saying no more often? Surely we can’t just go around saying “NO” to people all day, can we?

At Elevate Talent, we teach four simple ways to say no, whilst still providing people with a helpful solution to their problems.

When somebody comes to you with a problem and asks for your help, one great way to say no and still be helpful is to ask them a strategic question back. It’s a nice compromise between saying yes and not doing anything.

When you use the “Tell me more” tip, it shows the other party you want to help. It shows that you are a team player and you have taken some time to hear them out, so there aren’t any hard feelings when you reply with a yes straight away.

Some great examples of the strategic questions you can ask are:

What have you done so far?

What do you think would work?

What do you want to achieve?

What will help you get closer to your goal?

You can ask these questions straight after someone comes to you with a problem. There’s not any definitive yes or no here, just helpful questions that may well give them the answer they were looking for without you having to get involved.

It gives you valuable information about the problem

Often, the person coming to you with a “problem” doesn’t actually have as big an issue as they think. All they need is a new way of looking at it, which these questions can provide.

Also, you might find that it’s a quick two-minute job for you, and you are happy to help out after they have told you more about it. If not, you still have given them some insight, and you can drop one of my favourite phrases on them:

I’ll leave you to it.

Most of us don’t truly understand how powerful the art of saying no really is. It shows other people that your time is valuable, it sets boundaries and it’s a great way to empower other people to solve problems.

So, next time someone comes to you with a problem, think about whether you really need to take it on. Is it something that helps you move forward? If the answer isn’t yes, then it can be a helpful no, but it’s a no all the same.

This tip certainly resonated with the 1400 women when this was shared in the Elevate webinar recently. 45% said they would use this strategy of saying ‘no’ more!

I look forward to sharing more next week!

If you have found successful ways to say no then please share them in the comment box below – your stories help others immensely!

Alternatively, you can learn more about Elevate Talent and the webinars we run by emailing us at [email protected].