Posted at 09:00h in Elevate Talent by Jacqueline Frost

Following a tip-off, a team of FBI agents burst into a house to arrest a suspected murderer. All they know is that his name is Bud. They find two plumbers, a truck driver and a bank manager playing poker in a dark and smoky room. They immediately arrest the bank manager.

Why do you think the FBI agents arrested the bank manager?

(Scroll a bit further down for the answer…)

Answer: Bud is the only male in the room.

How many of you assumed the plumbers and the truck driver were male? Or, do you consider poker a male-oriented game so you didn’t figure out why the bank manager was arrested? 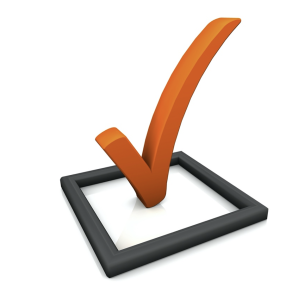 Why your conclusion matters

This riddle is the perfect example of unconscious bias (a belief or perception built from personal experience or the influences we’ve been repeatedly exposed to).

Even if we frequently experience unfair judgement and unconscious bias from others, we each have our own biases that affect what we say, do, and the impact we have on those around us. Women are just as likely to have unconscious bias as men; if you’re a woman reading this blog, perhaps your response to the riddle showed you that!

If you continue through your career without exploring your own unconscious bias, you will likely limit opportunities or cause offence. If you want to be the best version of yourself (and maximise your career opportunities), you need to be able to assess if what you say could be considered racist, ageist, sexist or insulting to any other person (whether or not that was your intention).

For example, when I returned to work after maternity leave (in September 2000!), one of my colleagues asked me if I needed an afternoon nap. I had plenty of energy and laughed it off. My colleague was a fairly new dad who recognised the exhaustion that comes with parenting a young baby. I knew his intention was to be kind, but if he had said it to another new mum or dad, they might have taken offence.

If you are the head of an organisation who wants to recruit and retain the best talent in your industry, you need to recognise the biases that might stand in the way and take action to eradicate them.

Unconscious bias training has been criticised for having little or no impact on behaviour or attitudes. Last year it was reported that Bill Michael, former UK Chairman of KPMG, said it was: “Complete and utter crap. There is no such thing as unconscious bias, I don’t buy it. Because after every single unconscious bias training that has ever been done, nothing’s ever improved.” He resigned following an outcry from his team (and an investigation). No training programme can create instantaneous change; it requires a multi-pronged approach.

Elevate Talent is committed to increasing the number of women passing through the female talent pipeline, which includes giving you and your team the tools to recognise unconscious bias. Effective behavioural change requires three steps:

1. Acknowledgement that training is an introduction, not a silver bullet

Bite-size chunks of training encourage insight, engagement and, to an extent, accountability, but they cannot solve issues overnight. It takes time to unravel people’s ‘factory’ settings and help them install new ones.

2. Willingness to explore, raise awareness and create a culture of curiosity

For any training to be successful, each participant has to want to change their behaviour. Human beings are driven to avoid pain or seek pleasure. There has to be a tangible reward (or ability to avoid a negative consequence) for attendees to buy in. When training is viewed as a tick-box exercise, participants will likely lack motivation; they need to recognise the personal benefits and feel able to openly share these with their peers and senior team members.

3. Commitment to pull together and integrate consistent strategies

A football team is more likely to win if all players cooperate and play the position they’re in. Each player needs to know where to stand, who to pass to, and how best to serve the team and win. The same goes for training: when participants share their “aha” moments with their managers, it becomes easier for them to take action on the learnings, and together they play a vital role in transforming the work culture.

Without a multi-pronged approach to training, the results are diluted.

If unconscious bias in your organisation is not addressed, it will likely be one of the factors that will keep your female talent from rising to their full potential. You will also waste vital time and effort recruiting and onboarding new staff. To create equity and maximise the potential of all team members, you need to nurture the female talent pipeline; and that includes supporting people at all levels to uncover their unconscious bias and consider adopting the three-pronged approach to training that we’ve discussed in this blog.

If you’d like more information on how Elevate Talent can support your business to make the most of its team, contact us for details of the training programmes we offer.