22 Nov Why Redressing Gender Imbalance Is A Triple Win

Posted at 16:04h in Uncategorized by Jacqueline Frost

Why Redressing Gender Imbalance Is A Triple Win 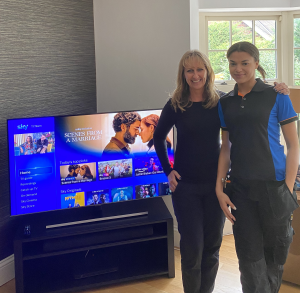 Redressing the workforce gender imbalance creates a hat-trick of wins: it’s a win for the organisation, the employee, and for clients who want to see greater inclusivity and support organisations that align with their values.

The Global Gender Gap Report 2021 stated that gender parity (which includes economic participation and opportunity along with educational attainment) will not be achieved for another 135 years, in part due to the impact of Covid-19 (the 2020 report had quoted 99.5 years). However, there are positive indicators that as a society we are making some progress, and with ongoing awareness and determination we can continue to do so.

The benefits of increasing the number of women in a workforce include increased creativity, stability and financial returns. We can learn from forward-thinking leaders who recognise these benefits and who are creating purposeful campaigns to bring more women into the female talent pipeline. For example, Sky created greater equality of opportunity by offering bespoke training to support the cognitive differences and needs of men and women.

They created a bespoke engineering programme for women (800 female participants within a year) and was voted one of The Times Top 50 Employers for Women in 2019. At that point there were fewer women working in engineering in the UK than anywhere else in Europe; lack of skills and experience had created a significant barrier. Sky invested more than £2 million into hands-on and classroom-based learning, which provided women with a personal mentor as well as training on workplace confidence, customer service and sales skills.

The company also ran a number of initiatives to help redress the gender imbalance, including a software academy where 47 per cent of the intake was female.

I met Sky’s UK chief operating officer, Chris Stylianou OBE, at a women’s event in 2018 where he was part of an all-male panel. Chris is a great ambassador for redressing the gender imbalance. He confirmed that engineering was an industry that had long seen an underrepresentation of women. He viewed it not only as an issue for society, but one that they as an organisation had a responsibility to address, and he informed me that he had started to lay the foundation for change at Sky.

Up until this year, any technical call-outs I’d made to Sky had been followed up by male engineers, so I was excited to meet Oluwa, a female member of one of their specialist teams, who was extremely thorough when she and her colleague came to help us fix an issue during our recent house move.

Oluwa loved her role as an engineer, was an excellent communicator and had an exceptional eye for detail. It seemed like all the work Chris had been doing over the last three years had started to pay off!

It’s refreshing to see a shift away from the traditional pink-and-blue thinking, where jobs were stereotyped as best suited to a man or woman. Employing women to climb ladders and install a satellite dish is now considered “normal”, and it’s wholeheartedly supported by the younger workforce and graduates who won’t stand for a lack of inclusion; indeed, many will reject jobs if they don’t consider the employer a fit with their own ethics and values.

It’s taking time, but the workforce is evolving. Leaders who are committed to recruiting the best people for the job, and opening up opportunities to women in male-dominated sectors, have shown us what’s possible.

Sky sends a clear message that if you want to be an engineer, there are opportunities for both men and women; and as a person who wholeheartedly believes in and promotes diversity, I’ll be a lifelong customer!

Leaders are recognising that the lack of female representation in some industries is not just a problem for women but a huge disadvantage for society and for business. Creating equal opportunities for talent to progress benefits everybody.

Society is demanding the services of companies that adopt a more culturally diverse and inclusive workforce, and people are actively walking away from those that do not. Who do you think female engineers will approach when they are looking for a job? Sky – as it’s an organisation that they can see has actively opened up new opportunities and will therefore attract a far larger pool of talent than any other UK company in their market!

Many of these inclusive opportunities would have been unheard of five years ago, but the more that customers and employees demand better representation, the more organisations are willing to step up and assume their responsibility to help their workforce evolve.

There is some progress if we look for it; and it was fantastic to personally meet one of the female engineers now employed by Sky. It reminded me of my conversation with the chief operating officer, Chris Stylianou OBE, three years ago and how the organisation’s follow-through is starting to pay off. There are success stories right in front of us.

The point of this story is that change will not happen overnight, but the results show that the effort and determination that’s already gone into redressing the gender imbalance is making a difference. If you are a leader committed to progressing your employees and organisation, email us for more information.

For the latest updates on Elevate Talent and the work we are doing, please follow us on LinkedIn and Twitter.